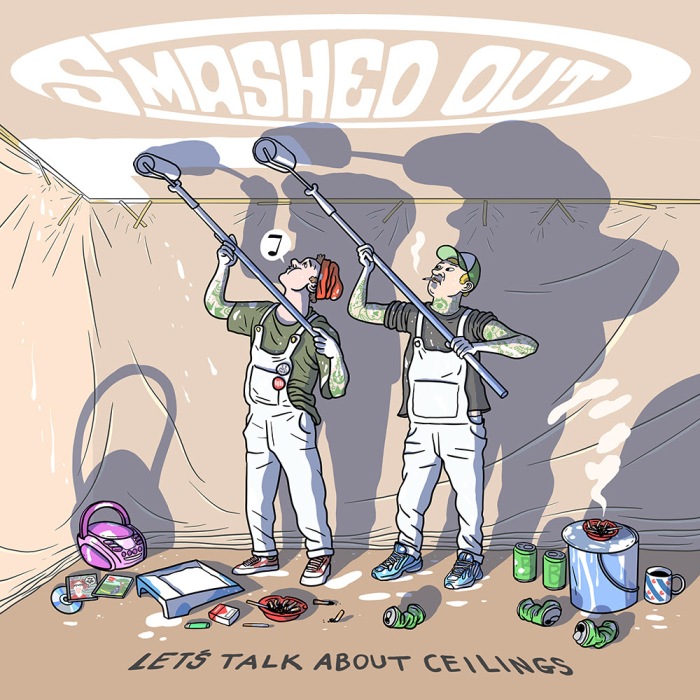 2022 celebrates the ten year anniversary of Northern-Netherlands based punk rockers Smashed Out. Previously known as Shit Hits The Fan, the band released their debut full-length “The First And Worst Record” in 2013 and the “Unstuck In Time” EP in 2015.

Through the years the band did support shows for Toy Dolls, D.O.A., Capitalist Kids, Aerial Salad, The Real Danger, The Windowsill and others, but for the last six years the band consiously only did one show a year in their hometown of Leeuwarden in The Netherlands. Because why not, right.

Their second full-length album was recorded on various occasions between 2016 and 2019, but never saw the light of day because of other projects and studies going on. Now finally the time has come to put out ten “brand new” punk rock songs crafted with loads of love!

The band’s album title is a play on Lagwagon‘s 1998 album “Let’s Talk About Feelings”. With the album lyrically consisting of only early 90’s Propagandhi-esque tongue-in-cheek, sarcastic and socialcritical subjects having an album titled without much meaning seemed fitting.

“Let’s Talk About Feelings” is available on CD and digitally through The Netherlands based punk rock record label Morning Wood Records at the link below:
www.morningwoodrecords.com